You are here: Home / Coffee Stories / What’s Going to Happen to Coffee Prices? 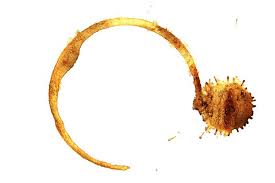 We’ve all been following the coffee crisis in Central America, with the destruction of millions of coffee plants due to the ‘leaf rust’ takeover. You might have been wondering how this is going to effect your daily cup of coffee, also. Unfortunately, there’s going to be an effect. We aren’t going to see it immediately, but prices will at some point be steeply rising.

Experts are describing what’s going to happen as a pricing ‘mood swing’. In 2011, coffee was priced very high due to a global production shortage, but since that shortage was overcome prices have been continuously falling. Currently pricing sits around $1.40 a pound, however in 2011 it was a high $3 a pound. Thankfully the price dropped due to Brazil’s record crop numbers, and Brazil providing a 3rd of the world’s coffee.

The prices for coffee have been so low, that certain retailers have even been announcing price drops in their packaged coffee. Dunkin’ Donuts announced that their packaged coffee will be dropping in price by about 6% ”in response to sustained declines in green coffee costs.” Maxwell House will also be following similar suit. Most likely, you won’t see any of these price savings at specialty coffee retailers like Starbucks, though.

So, we’ll be in a golden time of coffee prices for the next few months due to the over-supply that is still keeping the market going. However, later this year when the supply is short of the demand when crops are harvested (Fall), we will start to see a steep increase in pricing. Unfortunately, while the ‘leaf rust’ epidemic is being addressed and worked on, it’s not going away any time soon. What’s more, Costa Rica and Guatemala, two of our biggest suppliers in the coffee industry, are expecting the largest drop in coffee production due to the plant disease.