You are here: Home / Coffee Stories / Tea OR Coffee Can Help Lower Risk of Stroke 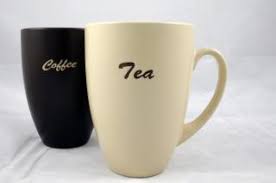 No longer do the coffee drinkers need to argue with the tea drinkers about which is better or worse for you, even thought they’ll probably continue to argue. It’s been shown recently that both drinks can actually help to cut the risk of incurring a stroke. The study was published by the American Heart Association’s journal and included the study of 82,369 men and women in Japan.

During the study, researchers found that the more green tea a person drank, the more their risk of stroke was reduced. Dr. Ralph Sacco from the University of Miami stated to NPR “It’s almost a 20 percent lower risk of stroke in the green tea drinkers.”

When researchers studied coffee’s effects, they found that just a single cup of coffee per day was associated with a 20% decrease of stroke risk. The study’ lead author, Dr.Yoshihiro Kokubo told NPR “I was still feeling rather surprised,” in regards to the findings.

Essentially, green tea contains compounds called “catechins” which are found to help regulate blood pressure and help improve the blood flow. These compounds can also help promote an anti-inflammatory effect. These effects have also been documented in non-Japanese. Similar studies have been done on American’s, and those studies have shown similar results. Dr. Sacco states “The accumulating evidence from a variety of studies is suggesting that green tea and coffee may be protective.”

In the 1980’s many American’s were trying to avoid as much caffeine as possible as it was thought to have negative effects. Meir Stampfer of the Harvard School of Public Health told NPR that the reason for this bad caffeine image was that during that time many coffee drinkers were also heavy smokers. “So it made coffee look bad in terms of health outcomes,” says Stampfer.

New studies are showing more and more benefits, however, and fewer risks. It’s interesting to see how our opinion of caffeine is changing over time and more research. “It’s a whole lifestyle approach, and we need to remember that,” says Dr.Sacco.