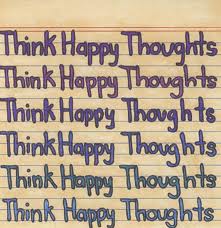 You know that ‘warm and fuzzy’ feeling coffee gives you? How it makes you tolerable in the morning? How there’s nothing like it when you’re winding down for the evening, or sitting around chatting with friends? Well, turns out that’s science.

A study published in the journal PLos One recently found that caffeine, like that found in coffee, gives us an enhanced sense of well being that is shown through our mind’s recognition of positive words. Scientists who conducted the study focused on 66 subjects, and split them into two different groups. One group got a 200 milligram caffeine tablet (equaling about 3 cups of coffee), while the other group received a placebo (sugar tablet). Thirty minutes after the tablets were given, test subjects were shown a string of letters and had to decide as quickly as they could if they could form words from this string or if it just formed gibberish. The subjects who were given the caffeine tablets recognized words that had positive associations much faster than any negative words were recognized. Opposite was true with subjects who were given the placebo.

Some other independent studies have also found that those with caffeine doses as opposed to those who’ve had no caffeine also recognize words much quicker.

This is just one more study in a string of recent studies that has shown the positive health and well-being effects that coffee can have on a person. Wonder what we’ll see next?