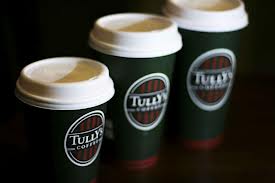 Last week we announced that Patrick Dempsey was planning on trying to acquire Tully’s coffee, well we just found out that Starbucks has also tossed its hat into the ring as one of seven bidders. Starbucks is apparently bidding on half of the stores, leaving the other half up for grabs by other bidders.

Dempsey’s offer is to buy all 47 stores, and appears to be the most lucrative offer on the table currently. Other bidders include AgriNurture, who plans on expanding the Tully’s brand internationally if they win, Tully’s Acquisition Group, Direct Media Systems, and Big City Ventures.

The group Global Baristas, Dempsey’s group, plans on saving all five hundred jobs and stores if they win the bid.