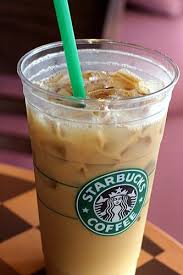 The much debated ban on jumbo sugary drinks will go into effect next Tuesday. While the focus has mainly been on sodas, unfortunately it looks like it’s going to effect coffee intake as well.

The sugar ratios for soda have clearly been set, with soda’s maxing out at 16 oz. Coffee will still be able to be served in sizes larger than 16 oz, but baristas will not be able to add more than 5 packets of sugar. If the customer prefers more, they will have to add their own once the drink is handed over by the barista. Some companies, such as McDonald’s and Dunkin’ Donuts aren’t even going to add sugar for you – it’s all up to you to add your own sugar that will be provided on the side. Baristas are not regulated on the amount of fake sugar, such as Splenda, that they can put in your drink.

There is also still plenty of uncertainty on how this works with coffee drinks that use milk as an ingredient, such as lattes and cappuccinos. Drinks with a 50 percent milk to coffee ratio aren’t effected by these new rules, however many companies are finding this confusing as they are often unsure of all the different milk ratios used in their drinks.

While some companies are doing their best to work with the change, for example Dunkin’ Donuts handing out flyers explaining the changes at cash registers, others like Starbucks are waiting to see how it plays out before they take any steps. Starbucks current rule allows for baristas to add as much sugar as the customer likes upon request. Starbucks does not intend to make any changes until they see how inspectors are handling the new change, and until an outcome from the lawsuit that was filed against the city by the beverage industry is reached.

A spokeswoman for Starbucks, Linda Mills, stated “A majority of our drinks fall outside of the ban, and we’re not expecting to make any immediate changes next week.”