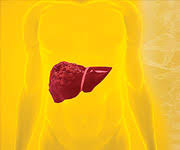 A new study out of Seinajoki Central Hospital in Finland shows that heavy coffee consumption can help protect men against liver disease from alcohol consumption.

Dr.Onni Niemela, a researcher on the study, states “Our findings suggest a possible protective effect for coffee intake in alcohol consumers.”

In the study, the researchers asked 19,000 Finnish men and women between the ages of 25 and 74 about their alcohol and coffee consumption, while also measuring their blood levels and enzyme gamma-glutamyl (GGT). When alcohol is consumed, a person’s level of GGT on their blood increases. When this is done over time, it can lead to liver disease.

In the study, when men who were heavy drinkers drank five or more cups of coffee a day, they showed a 50 percent reduction in levels of GGT in their system. However, women in the same circumstance showed no change in GGT levels.

Chief of the division of hepatology at the North Shore University Hospital located in Manhasset, NY states “The findings are thought-provoking, though it is impossible to derive meaning from them.”

Alcohol isn’t the only thing that can raise GGT levels in the body, however. Smoking, obesity, and higher age can contribute to higher counts as well. This leads researchers to not be able to distinguish if these other factors may be contribute to the results they found. Participants also may not have accurately represented the amount of alcohol consumed.

Studies conducted previously have suggested that caffeine from coffee can contribute to lower GGT levels. It also still remains unclear if elevated levels in the liver directly correlate with the symptoms of liver disease. Dr.David Bernstein states “If I go out and have a six-pack tonight, my levels will be up, but it doesn’t mean I have liver disease.”

For now, people should not go based on the premise that coffee cancels out the effects of alcohol consumption. Bernstein states “We know nothing about whether decreasing levels of the liver enzyme leads to improvements in overall health, or a decreased risk of liver disease.”