You are here: Home / Coffee Stories / Latinos Help Drive Coffee Consumption Growth in the US 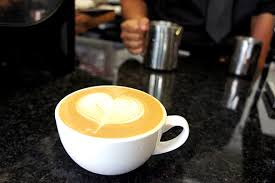 According to a study released on Friday, the number of adults under the age of 40 who consume coffee on a daily basis has dropped, however in the Latino community it has increased. The National Coffee Association’s National Coffee Drinking Trends 2013 market study showed that of the Hispanic-American’s who took part in the survey, coffee consumption had increased by 13% – a total of 76% said they had drunk coffee the previous day. This is higher than the Caucasian-American community at 64% and the African-American community at 47%.

The survey’s results displayed that overall coffee consumption in the US has increased by 5%, bringing the overall percentage to 83% of those asked saying they have drunk coffee within the past year. Daily consumption was at 63%. However, overall daily consumption has dropped within the group of adults aged 18 to 39. Only 16% of the people in this age group said they had drunk an espresso based drink the previous day, 6% aged 60 and over said the same.

Mark DiDomenico from the market research firm Datassential, says “In traditional coffee, we did see a decline.”

The single-serve coffee brewing appears to be up, however. Last year, 10% used this method regularly, and this year it is up to 13%. “Drip coffee maker use seems to be slowly falling,” DiDomenico said.