You are here: Home / Coffee Stories / 30% Drop in Harvest Predicted in Vietnam 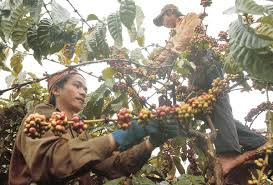 Vietnam is currently the biggest supplier of Robusta coffee for Nestle’s instant coffee line of drinks, however Vietnam ‘s production is predicted to drop for the 2013-2014 harvest about 30%  due to the prolonged drought. Production already fell 25% for the 2012-2013 harvest.

This reduction in output is expected to raise Robusta prices for the second year in a row.

“There are already tens of thousands of hectares that have no hope in the next coffee season,” Tu , chairman of Vietnam Coffee and Cocoa Association says.

The drought is in the central region and currently covers five coffee growing provinces, and is expected to become more severe. Trees flower and fruit between January and March, however they are either not flowering or producing very small fruit.

The Ministry of Agriculture is planning on composing and proposing measures to the prime minister to help coffee farmers in coping with the drought. They also plan on establishing a coffee board.