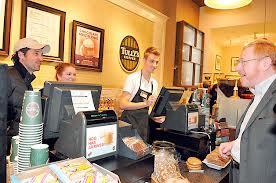 Well, the results are in – and Patrick Dempsey won! The Grey’s Anatomy star won the bankruptcy auction to buy Tully’s Coffee chain. He beat out numerous other offers, including coffee giant Starbucks.

We love that Dempsey’s company, Global Baristas LLC plans on keeping the Tully’s name and its employees! On the other hand, if Starbucks had won, they would have converted the stores into their brand. It is unknown whether or not they would have retained the employees.

Dempsey was quoted as saying “It’s a much smaller chain that has a lot of potential that hasn’t been given the proper care.” in regards to his intentions with Tully’s. Starbucks, however, has warned for Dempsey not to celebrate his much sought after victory yet becayse the final court hearing isn’t until January 11th. Starbucks, and other unnamed investors had bid $10.6 million, as opposed to Dempsey’s $9.2 million. Dempsey stated, however, “With this court filing, it’s official — our group has been chosen as the successful bidder. We look forward to the court’s final approval on Jan. 11.”

We think Dempsey is a shoe-in though, as he even has Tully’s president and CEO backing him, saying he thinks Dempsey and Tully’s are a “great match” and that their goal was to make sure creditors were paid and that as many employees as possible were kept on. Tully’s has stated that they are “encouraged and excited” about Dempsey’s win.