You are here: Home / Coffee Reviews / The Coffees of St.Helena: Not Forgotten 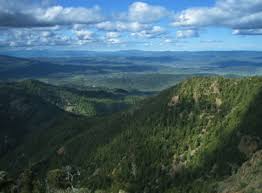 The island of St.Helena isn’t just where Napoleon was exiled nearly 200 years ago, it’s also where some of the world’s most exclusive coffee comes from. St.Helena is a tiny island in the South Atlantic Ocean, just above the Tropic of Capricorn, between Africa and America. While production is low, demand is certainly high for this coffee. In fact, if Napoleon hadn’t been exiled to this tiny island, we may not even know this coffee exists.

Coffee was first introduced to St.Helena in 1732 from Yemen. For a while, St.Helena coffee was at the top of the London market, before it disappeared almost as quickly. Most likely the biggest reason for this is how inaccessible the island is – you can only reach it by boat even today. However, in the last 15 years this island coffee has started to see a re-emergence on the market.

Most of the coffee trees stand 30 to 40 feet tall, and are as old as 250 years, which they say significantly contributes to the quality and greatness of the coffee. Another thing that contributes to the quality is they descend from mostly one source – an old Green Tipped Vourbon Arabica cultivar that was imported about 269 years ago to the island. Only recently have new trees begun to be planted.

St.Helena coffee can go for $22 a half pound, which is a good price considering this majestic coffee is only produced in yearly amounts of about 5 tons. The coffee is known to be difficult to roast as it takes a bit longer to get going, and then speeds up before you can snap your fingers, but when it’s done right, it’s one of the best cups you’ll ever have. This smooth coffee has a very balanced and full aroma, with tastes that remind one od ripe fruit like blueberries. There’s even some dark chocolate hints in there. The body is very full, and has a medium to high acidity. The coffee is also well known to make a great espresso, which is a feat in itself because most espresso coffees are a blend of origins, not a single origin like St.Helena’s coffees.