You are here: Home / Coffee Stories / ‘Tailor-Made’ Flavors Offered by Starbucks in Vietnam 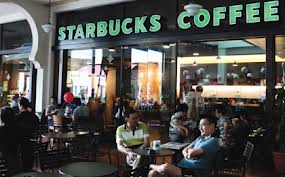 Starbucks will be altering its coffee to cater to local Vietnam tastes. Vietnam’s younger population is beginning to drink more coffee, and Starbucks plans to support local tastes when it opens there in February.

Vietnamese tastes vary quite differently from the standard coffee drinker’s palates, and catering to this will become further important as the coffee culture becomes further entrenched in Vietnam. Vietnamese coffee is typically made from very, very strong Robusta blends, that pack a TON more caffeine than your average cup o’ joe and are usually topped off with a sweet cream or condensed milk mixture. Often, tourists have described Vietnamese coffee as “heart exploding”.

While Starbucks appears to be making the effort to support local tastes, citizens and coffee lovers aren’t as convinced, quoting one Vietnamese coffee chain owner, Dang Le Nguyen Vu “I could imagine Starbucks opening up to a hundred cafes at most in Vietnam in the next 10 years. But will people in a country with such a low GDP per capita, and a different taste in coffee, really accept Starbucks?”

Jinlong Wang, president of Starbucks Asia-Pacific division stated “We look forward to growing with Vietnam’s already vibrant coffee industry, and making a positive impact in the communities where we operate. I don’t believe there is a massive barrier to Starbucks in Vietnam. Starbucks is not really a coffee; it’s a food-service concept.”