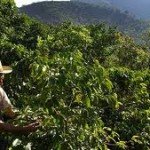 [adsense]   As in many South American countries, coffee cultivation began early in Nicaragua, around 1860. However, coffee was not a dominating crop or export for the country. The coffee was initially grown in the southern uplands, which turned out not to be the best location for coffee to flourish. It was soon discovered that the northern uplands held the better … END_OF_DOCUMENT_TOKEN_TO_BE_REPLACED