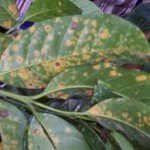 [adsense]   An emergency legislation has been enacted in Costa Rica after they became the latest victim to succumb to the leaf rust problem spreading throughout Central America. Vice President Luis Liberman announced this move on Tuesday and warned that half the 2013-2014 crops could be lost as a result of the plant disease. The emergency legislation will last … END_OF_DOCUMENT_TOKEN_TO_BE_REPLACED