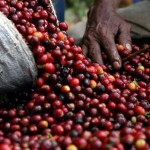 [adsense] For most of the 20th and 21st century, Guatemala has been Central America's top coffee producer, with Honduras only recently taking the top spot in 2011. Starting its development in the 1850's, coffee production was initially slow. This was mainly due to lack of knowledge, farmer funding, technology, and labor shortage. Over the years that began to change, with … END_OF_DOCUMENT_TOKEN_TO_BE_REPLACED