You are here: Home / Coffee Stories / What Will Starbucks Vietnam be Priced At? 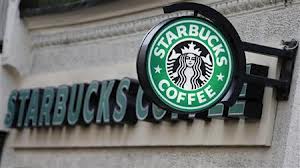 There’s been a lot of buzz lately on Starbucks coffee opening in Vietnam – how will it be received? What will it taste like? Now, the latest question is ‘How much will it cost?’

If you take a look at other coffee shops in the area, they typically charge about $3 a cup, which is higher than India (under $2 a cup) and lower than China ($4 a cup). John Culver of Starbucks states that Starbucks will be positioned as a high end product in Vietnam. However, Sara Senatore of Sanford C. Bernstein has offered a prediction that Starbucks Vietnam will be priced lower than American stores.

Vietnam has a large coffee market, with consumption of coffee increasing by a remarkable 65% between 2008 and 2011. Out of the nations 90 million people, three out of every 5 people are aged below 35 and are predicted to make use of Starbucks shops next month, as they are seen as modern and trendy.