You are here: Home / Coffee Stories / Starbucks Making a Splash in India 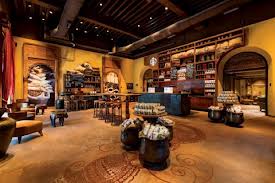 In a land where tea has always reigned supreme, coffee is now making a big name for itself. India’s love of tea still stands strong, but coffee is now a strong choice for consumers. Starbucks launched its first store in Mumbai in October 2012, and has launched three more since then, but it appears to be moving a bit more slowly than its plans in China and Vietnam. China currently has 767 stores, and a plan to reach 1,500. And, Vietnam will make its debut in February 2013.

Starbucks has been warmly welcomed, thus far. With residents often opting for their different take on tea offerings. The TAZO tea, for instance, is becoming widely popular. It’s made with a focus more on milk, with a splash of tea, which differs from India’s traditional tea which is mostly tea based, with a little milk and a lot of sweetener.

In India, Starbucks is joint venturing with an Indian conglomerate, and one of Asia’s largest coffee producers, Tata Group. R.K. Krishna Kumar who is the vice chairman of Tata Group thinks faster growth will be coming down the line with Starbucks appearances in India, saying “I personally believe the potential couldn’t be less than China.” Tata Group also has steel, chemical, and hotel operations, and owns the company that makes Jaguar and Land Rovers.

Starbucks long-term movement in India is partly due to India’s substandard infrastructure, according to John Culver who is Starbucks’ president of the Asian/Pacific region. India is coming along quickly, but is still a developing country, and has quite a few things, such as bad roads, that can often inhibit company’s from successfully moving goods throughout the country.

Starbucks will be in direct competition with India’s largest coffee company ‘Cafe Coffee Day’, which has 2,000 locations mostly in India and has been operating for 20 years. It’s owner, V.GSiddhartha, one of the richest men in India, isn’t concerned about Starbucks growth in India, however. In fact, he looks forward to it. “I don’t have any ego on that. If they put thousands (of stores here), it is good for me. The market will grow,” Siddhartha said. He believes that India will become the world’s third largest economy within the next 30 years, and will support at least as many coffee shops as China. Coffee Day is currently working on expanding outside of India as well, and already has 16 stores in Prague and Vienna.

The US coffee giant is aware of it’s high pricing, and it not working to its benefit in India. To tackle this problem, it offers the same drinks, for often half the price. For example, a 12 oz cappuccino in the US will cost around $4.34, but in India the charge is $2.14. Avani Saglani Davda, who is CEO of the Starbucks and Tata partnership, says “If the Indian consumer doesn’t see value, then it tends to be a temporary commitment to the brand.”