You are here: Home / Coffee Stories / Starbucks Has Big Plans for Mexico 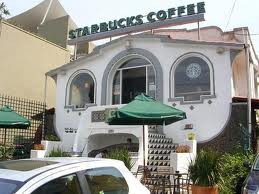 At a press conference on Thursday this month, Federico Tejado, director of Starbucks Mexico, announced that that plan on opening 45 stores a year in Mexico for the next 4 years. The market is there, and if we could open 200 stores this year, we would,” Mr. Tejado said. “We do see an opportunity to continue growing at these levels, and if things continue at the current pace, perhaps a little more.”

Coffee trends and consumption have been optimistically high, which supports Starbucks’ decision. Per year, Mexico consumes about 1.7 kg’s per person, compared to 700 grams about 10 years ago. Sales are predicted to increase another 13% to 15% this year, with Starbucks planning to invest 30 to 40 million in its Starbucks Mexico expansion.

Starbucks launched its Starbucks Gold card program in January 2012 in Mexico, which offered consumers free drinks and other personalized bonuses, attempting to encourage consumers to return. About $4 million was invested in the rewards program, and 70,000 Starbucks Gold cards were distributed to its most loyal rewards members this week. It aims to have 600,000 members by the year 2014.