You are here: Home / Coffee Stories / Organic Coffee has Benefits for Tribal People in India 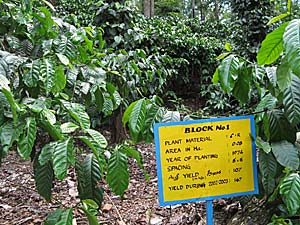 Five decades ago, coffee was introduced to the Paderu Agency in India. Only recently has it become a sustainable crop for these farmers though. Originally, coffee berries were collected and sold to traders who would sell them on the global markets and make a pretty penny. However, recently the government took an interest in turning these tribals to embrace coffee cultivation and provided them with 1 acre each of land on which to grow coffee.

Initially, while there were good intentions, this didn’t work out in the tribal farmers favor. The traders took advantage of them by advancing them certain amounts before crop season began in return for a promise that the crop would only be sold to that trader – these same traders decided on the prices and paid when they wanted to, not on any schedule.

Soon, the tribal farmers gathered together and formed the Small and Marginal Tribal Farmers Mutually Aided Cooperative Society (SAMTFMACS), in an attempt to remedy this problem and launch a formidable organic coffee cultivation. It was supported by Naandi Foundation and AASSAV, also.

In present day, the system is organized well and closely monitored and controlled by members of SAMTFMACS. They collectively run a nursery, providing seedlings to farms, provides cultivation advice, and helps with supplies and organic fertilizers that are needed. Once cultivated, the coffee is collected by employees and sent to be weighed and pulped for processing. Once the process is complete, the coffee is sold directly by them throughout big cities.