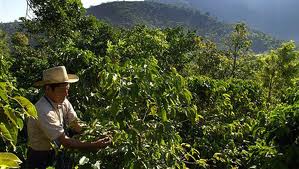 As in many South American countries, coffee cultivation began early in Nicaragua, around 1860. However, coffee was not a dominating crop or export for the country. The coffee was initially grown in the southern uplands, which turned out not to be the best location for coffee to flourish. It was soon discovered that the northern uplands held the better conditions for growing coffee, unfortunately this land was own by local Indians and resulted in a dark time in Nicaraguan history where these Indian land owners were systematically eliminated by those seeking to cultivate coffee on the land. These coffee wars would sometimes last for years, and ended in entire native populations being wiped out.

The natives that weren’t killed were enslaved and put to work on the plantations. The enslaved eventually revolted, attacking the Nicaraguan government headquarters in Matagalpa and demanding an end to the slavery. The Nicaraguan army suppressed the revolt, however, and in the process killed thousands of natives. The resistance did not stop after this, however, and continued for many years, making the coffee business in Nicaragua (and being a politician during those times) a very dangerous one. The Sandinista Resistance Fighters eventually led a successful revolt and pushed the corrupt government out. Peace, and a flourishing coffee business ensued.

Today, some very complex and well balanced coffee is produced in Nicaragua. The main growing regions are: Jinotega, Matagalpa, and Nueva Segovia. The farms are typically 3 hectares or less, and grown at altitudes of between 700 and 1,700 meters. The farms are able to focus on cultivating fine coffee now in a more peaceful country, and have implemented quality control methods in order to assure the best coffee is produced and sold. They even have various coffee labs set up throughout the regions so that the farmers can cup their own crops to see how they turn out. Many farmers are even setting up cupping labs on their own farms. 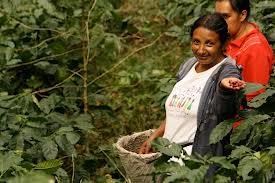 The coffee is also a delicate one, with it’s taste changing very dramatically depending on the roast. Some of the key notes you can taste in a well roasted batch range from citrusy, to lemon, to tangerine, or even apple or pear. One distinct flavor often present in a good Nicaraguan coffee is honey. Overall, a good Nicaraguan cup is light, refreshing, clean, and bursting with various flavors.