Nestle is being sued in Paris by Ethical Coffee Co. Ethical Coffee is claiming that Nestle’s Nespresso brand engaged in a “smear campaign” against its rival. 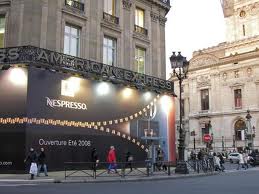 Claiming “systematic smear” effort on Nespresso’s part, Ethical Coffee filed suit yesterday. They claim Nespresso was trying to steer clients away from the competition through unethical and even illegal practices.  CEO of Ethical Coffee says “It would have been fairer and far better if Nespresso had tried to beat the competition in terms of quality and price. However, where the consumer opted for our products, Nespresso clearly tries, even through unlawful means, to influence their decision.”

Nespresso is experiencing increased competition in the market, especially now that the patent has expired on k-cups (originally held by Green Mountain Coffee). However they are adamant that the claims against them are false, with their general counsel, Daniel Weston, stating “The allegations by ECC are without substance and we believe that the complaint has no merit. This is part of an on-going pattern and is not the first time that this company has made similar claims.”

Ethical Coffee is seeking an order against Nespresso to stop such practices they claim are  being carried out and to pay “considerable compensation” to make up for financial losses it has experience recently.