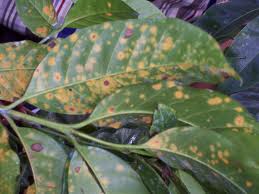 On Friday, Guatemala’s president,   Otto Molina Perez, declared a national emergency due to the continuing spread of ‘leaf rust’ on the country’s coffee plants. The plant disease has hit almost all other Central American countries, but has wiped out about 70 percent of Guatemala’s crop. In an effort to help the situation and the struggling farmers, the president has authorized more than $14 million to aid the coffee growers. The funds are said to be able to help small farmers buy the pesticides needed to wipe out the fungus, and to help educate them as to further preventing the spread of this disease in the future.

Coffee rust essentially kills plants by withering their leaves and thus damaging, and often killing the plants. The pesticides will begin to be applied to the plants in April, and will have 2 more applications required in the coming year.

Molina said the pesticides will start being applied to coffee plants in April and two more applications will be needed during the year.

Nils Leporowsky, president of the National Coffee Association of Guatemala, said of the issue “We have planted 667,000 acres (270,000 hectares) of coffee and of that 477,000 acres (193,000 hectares) have rust, affecting 70 percent of the total.” He also stated that coffee cultivation generates 500,000 direct employments jobs, with an added 700,000 jobs within the industry each year. He added “We have lost 100,000 direct jobs already and that will affect millions of people.”

The fungus has been present in Central America since the 1970’s, however no crops have been as severely affected by the disease until this year.

Experts say the fungus has been present in Central American since the 1970s but production hadn’t previously been affected so severely as what is feared this year. Otto Cabrera, an adviser with Anacafe, informs that climate change and a rise of temperature have contributed to the disease getting out of control this year. There has been a temperature rise in Central America of about 2 degrees Celsius.

Last month, Honduras and Costa Rica both declared national emergencies due to leaf rust. In Panama alone, the fungus has seeped into 60 percent of the crop. Panama is the 6th largest coffee producer in the world. In Mexico, which borders Guatemala, officials have said the rust has been found in crops, but has not hurt production.