You are here: Home / Coffee Talk / Mixed Feelings on the AeroShot Coffee Inhaler? Yeah, me too. 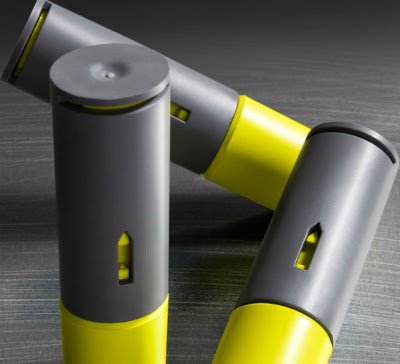 New on the market and $2.99 a pop, the AeroShot Coffee Inhaler gives you 100mg of coffee as quick as  you can breathe in. The inhaler was designed by a biomedical engineering professor, David Edwards, who claims the non-FDA approved inhalent is safe, and who’s particles are too big to reach your lungs. I think this is the part that I am most uncomfortable with, and I think it’s a good call for  US Senator Charles Schumer of New York to call for FDA review. I am of the firm belief that before something is sold to the public with the intention of them inhaling it, it needs to have a thorough background check.

The next point raising concerns is the possibility of the inhalent being abused as a drug, leading to caffeine overdose. This, I don’t feel is a realistic concern. The reason being in order to overdose on caffeine, you’d have to consume about 8,000 mg’s of caffeine within a short period of time. In order to do this, you’d have to inhale about 80 of these things, and that’s a high price for a caffeine high at $2.99 an inhalent. I don’t see partygoers spending $240 to get a caffeine high. Plus, if this was a valid concern, wouldn’t products like 5 Hour Energy be off the market?

In short, I’d probably never buy an AeroShot inhaler, mainly for the same reason I don’t buy energy shots –  I prefer to get my caffeine fix by drinking good coffee as often as possible.

What are your thoughts on the AeroShot Coffee Inhaler?