While Kenya is not the largest producer of coffee in the world, it certainly produces some of the best coffee. Kenya embraced the arrival of coffee in 1893 when it was introduced by French Catholic priests. The high plateaus in Kenya offered perfect location for the coffee to be grown, and provided a great new crop for small cooperatives to grown and thrive on. In fact, most of the coffee produced in Kenya today is produced in small cooperatives by local farmers. Small business at its best! 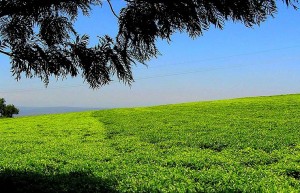 The coffee grown in Kenya is mostly bourbon Arabica and is divided into 4 main varieties:

Coffee harvesting in Kenya is divided into 2 seasons: The main season and the Second Season. The crops from the main season flower between March and April and are harvested between September and December, producing what is considered the highest quality coffee. The crops from the second season flower between October and December and are harvested between April and June, producing what is considered the lower quality coffee. Once the coffee is harvested, it either goes through the common dry processing or wash processing.

Once the coffee is ready for sale, it is sold through the Nairobi Coffee Exchange, where bidders cup and bid on coffee for a total of 45 weeks. The auction process at the exchange is actually considered the gold standard of coffee trade. 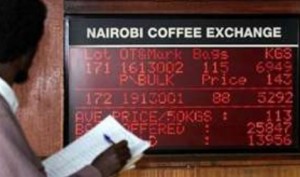 So, there you have Kenyan Coffee – the makings of a delicious cup every time!