You are here: Home / Coffee Stories / Have You Heard About the Exploding Airline Coffee Makers? 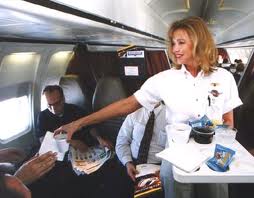 The FAA just issued a weird warning on their website; apparently the agency is very concerned about in-flight coffee pots presenting an exploding hazard. Apparently, there is potential for the pots to explode within the cabin. This concern is stemming from pre-packaged coffee filters that can potentially explode as the pressure in the cabin builds up. There have been several reports of flight attendants receiving second degree burns from the things exploding. Apparently the problem only occurs when the filter is placed in the machine incorrectly, however, when it is put in there correctly it poses no threat.