You are here: Home / Coffee Stories / Fairtrade sales more than double to $36.6m 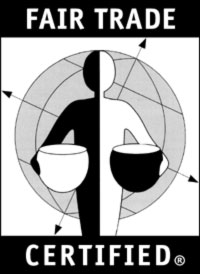 “Across the country, more and more Kiwi shoppers and businesses are making the swap to Fairtrade Certified products in the knowledge that they are helping developing country farmers and workers build a better future for their families and communities.

“Fairtrade, unlike any other third party certification system, empowers these farmers and workers to take control over their lives, get a fairer deal and create opportunities for their communities.”

It meant access to fair and stable prices and money to invest in everyday things for their communities such as building classrooms and clinics, employing a nurse or building a road to get their produce to market, Mr Knapp said.

The number of New Zealand businesses licensed to use the Fairtrade label on their products also rose to more than 50 and the range of Fairtrade Certified products available from major supermarkets and retailers continued to grow.

Chocolate was a big winner last year in increased sales, partly due to the introduction of new Fairtrade Certified blocks from Cadbury and Whittaker’s, Mr Knapp said.

Mr Knapp said the substantial growth reflected the increasing importance consumers placed on the ethical and sustainable sourcing of the products they consumed and used every day.

Fairtrade is an alternative approach to conventional trade and certification and the labelling system offers farmers and workers in developing countries a better deal and improved terms of trade.

Poverty is widespread amongst tea, coffee, cotton and cocoa growers around the world, who face an uncertain future due to unstable world prices. In recent years, volatile prices worldwide have left many disadvantaged producers struggling to support themselves and their families.

More than five million people – farmers, producers, workers and their families – across 58 developing countries in Africa, Asia, Oceania, Latin America and the Caribbean benefit from the Fairtrade system.