You are here: Home / Coffee Stories / Coffee Rust in Central America Being Fought by FairTrade USA 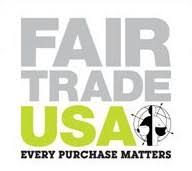 The epidemic is threatening the livelihood of small farmers and co-ops, and if left untreated it could decrease coffee production by 30-50% within the next couple of years. Coffee farms all over Central America are experiencing problems, including Costa Rica, El Salvador, Honduras, and Nicaragua. Guatemala even declared a state of emergency last month due to the severity of the spread of the fungus.

Coffee rust first dates back to the 1860’s when it appeared and spread throughout Kenya. It then went on to devastate coffee crops throughout southern India and Sri Lanka. This forced many producers to switch to cultivating tea, and as a result forced many consumers in the United Kingdom to switch from coffee to tea drinking – thus making a huge change in the culture of Britain.

In response, Fair Trade USA has launched a new program called Rust Response Fund, in which they will donate a minimum of $50,000 to efforts to put the rust epidemic in check. They are also asking that those in the coffee industry and shareholders educate themselves on the coffee tree fungus and help support farmers and co-ops in the fight to preventing the disease from continuing its spread.

Many of the Central American governments are calling for large scale spraying of the crops, which could harm consumers and workers. Director of Coffee Supply at FairTrade USA, Ben Corey-Moran, told TriplePundit.Com the following on the matter “What’s effective instead is to focus on prevention with a focus on plant health, soil nutrition and shade canopies.” He continues that spraying is not an option that will work for every country, as there are different climates and soil conditions that require different unique techniques.

The Rust Response Fund hopes to fund grants with their contribution that are geared more towards farmers and agronomists so they can begin rehab projects, soil management, update their farmer training, and begin new organic farming applications.

If something isn’t done quickly about this, this could cause the largest coffee shortage since 2009-2010, and will have the largest effect on those who own the small farms that provide a large amount of the FairTrade certified coffee. Ben-Corey believes that the reason companies and investors have shown little interest in this matter so far is because the current harvest has already been picked, so there is a good supply for now. Unfortunately, that won’t last.

You can donate to the Rust Response Fund by visiting this link.