Comparing the coffee percolator to the Zeppelin would be pretty accurate – great in theory, but proving in the end to be a not-so-great idea. Most people, excluding the avid outdoorsmen who need an easy way to make coffee without electricity, don’t even know what a percolator is or how it works. Here’s a quick breakdown of the process before why percolating coffee is a bad idea is discussed:

Basically the coffee percolator is a special pot that was designed specifically to brew coffee. When placed over heat, the water boils and the pressure forces the water through the grounds and into a separate chamber. There is also another method in which the boiling water is continuously cycled through the coffee grounds until the desired strength is reached. At the height of the percolator’s popularity in the 1960’s, there was actually coffee filter rings made which included pre-measured amounts of coffee one could just place in the percolator. Those quickly disappeared off shelves, along with the percolators, in the 1970’s though with the invention of the drip brew coffee machines. 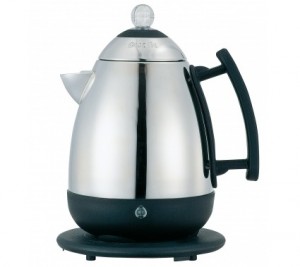 Now that you’re familiar with how it works, let’s discuss why it’s a bad idea. When coffee is brewed using this method it exposes the coffee grounds to higher temperatures and also continuously circulates brewed coffee back through the grounds, resulting in over-extraction of the coffee which removes vital ground compounds. What does over-extraction lead to? Less coffee flavor!

Some percolator enthusiasts will argue that it’s not the method, it’s the carrying out of the process. It’s thought, by fans of this brewing method, that if the process is more carefully monitored it can actually produce a more robust cup of coffee. The overwhelming majority of coffee connoisseurs tend to disagree on this, instead choosing methods like  french press or espresso.

So, if you’re goal is enjoy the freshest and most robustly flavored coffee – the percolator is most likely not the best choice. Instead, try a french press, drip brew, or espresso brew. If you’re feeling daring, you may even consider giving the V60 brew method a shot!