You are here: Home / Coffee Stories / China is Starbucks’ Next Target 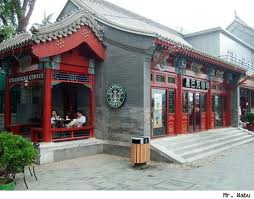 This week marks the 100th Starbucks store opening in Beijing, and they’ve made it clear they aren’t done yet! They have revealed that they plan to make China their largest market outside of the US by 2014.

Starbucks has also been working hard on cultivating its presence in India as well, but is really setting its sights on the Chinese economy currently. By the year 2014, Starbucks plans to have 1,500 stores in China, and by 2015 wants to be located in 70 cities China-wide.

Employees of the 100th store in Beijing undergo training to become “Starbucks Coffee Masters”, which means they are trained in coffee history, agriculture, sourcing, quality control, roasting, and blending. They then have to take a training and skills exam to obtain their certificate. The certificate has to be updated regularly. Along the same lines, Starbucks announced that they will be opening a Starbucks China University. The university will be a corporate university offering virtual training on business, retail, coffee knowledge, culture training, and leadership.

Coffee sales are expected to triple in China by 2016 according to Euromonitor International.

What do you think about Starbucks’ plan to dominate the Chinese coffee economy? Do you think they’ll be successful in an area in which tea has always dominated?