You are here: Home / Coffee Stories / Can you believe the Coffee Bean and Tea Leaf has been around for 50 years? 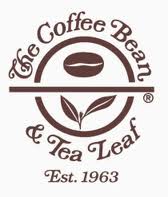 Los Angeles company Coffee Bean & Tea Leaf is celebrating its 50-year mark with a special promotion, giving their customers a free 16-ounce cup of its Anniversary Blend coffee or tea. The freebie is valid all day Wednesday at participating locations in California and Arizona.

The Coffee Bean and Tea Leaf was founded in 1963 in Brentwood, where they specialized in selling whole bean coffee and loose leaf tea. Nowadays, they have 900 stores in 25 countries. It also claims to have pioneered ice-blended drinks and chai tea lattes. They were also first to offer a CBTL Single Serve Beverage System (one-cup home brewing machine) through their company in 2010, in which we saw Starbucks follow suit later on.

Next up the chain’s first store in Europe is set to open in Germany in the spring of 2013. They are also working on a book about tea that presents itself as a children’s fairy tale type story.

“We’ve really been able to influence popular culture by starting to do a lot of things early on that are now second nature to most people. But at the time, it was like, are you crazy?” says a company representative.