You are here: Home / Coffee Stories / Boyer Coffee Has a New CEO 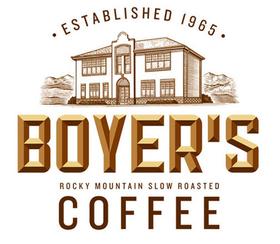 Boyer’s Coffee, a distributor out of Colorado, has a new CEO – Mark Goodman. Goodman was previously a professional with Evergreen Mergers and Acquisitions and held several executive positions with Wal-Mart Stores Inc.’s Sams Club division, EZ Lube Inc., Save-A-Lot grocery, and McDonald’s Corp. At one time, he was even  a foreign policy adviser for the late U.S. Senator Edward Kennedy.

Boyer’s Coffee was originally founded in 1965 as a company providing services in retail, office, and online markets. They currently also operate a store on Washington Street in Denver.

The daughter of founder William Boyer Sr. gave a statement on Tuesday of the new decision “Mark brings a wealth of experience and knowledge to our company. My father’s wishes were that we find a professional executive that could lead Boyer Coffee to the next level of growth. We are confident that with Mark we have found the right leader to do just that. Mark brings new energy and insights to our team and shares our passion for serving customers and developing deep and long-lasting retail relationships.”