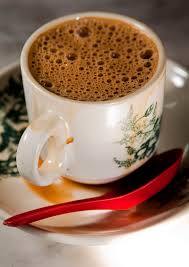 Asia’s growing taste for coffee, specifically Robusta coffee, is changing the coffee market as we know it. They’re large preference for Robusta coffee is ensuring that it’s at least catching up to Arabica in price. Arabica has long traded at premium prices over Robusta coffee, which is often used in soluble and instant coffees with its higher caffeine content.

Roberio Silvia, executive director of the International Coffee Organization states “In traditional markets consumption is flat, but in emerging markets and exporting countries it’s growing fast. These trends suggest that future demand will generally be stronger for robusta coffee as emerging markets and exporting countries tend to prefer soluble coffee.”

Vietnam is also contributing to the market change as it rapidly is becoming one of the world’s top consumers of coffee – 22 % higher in 2011. There are other Asian countries who’s growth is also making a mark: Phillippines up 9%, South Korea up 8%, and India up 6%.

Another contributing factor was unusually high Arabica premiums in 2011 and 2012, which drove some roasters to use more Robusta in their blends. They are no longer making this switch, however the rise of Robusta demand is still increasing due to the coffee consumption increase in Southeast Asia. Overall, coffee demand is expected to increase 1% in North America and Europe and 5-10 % in Asia between 2012 and 2013.