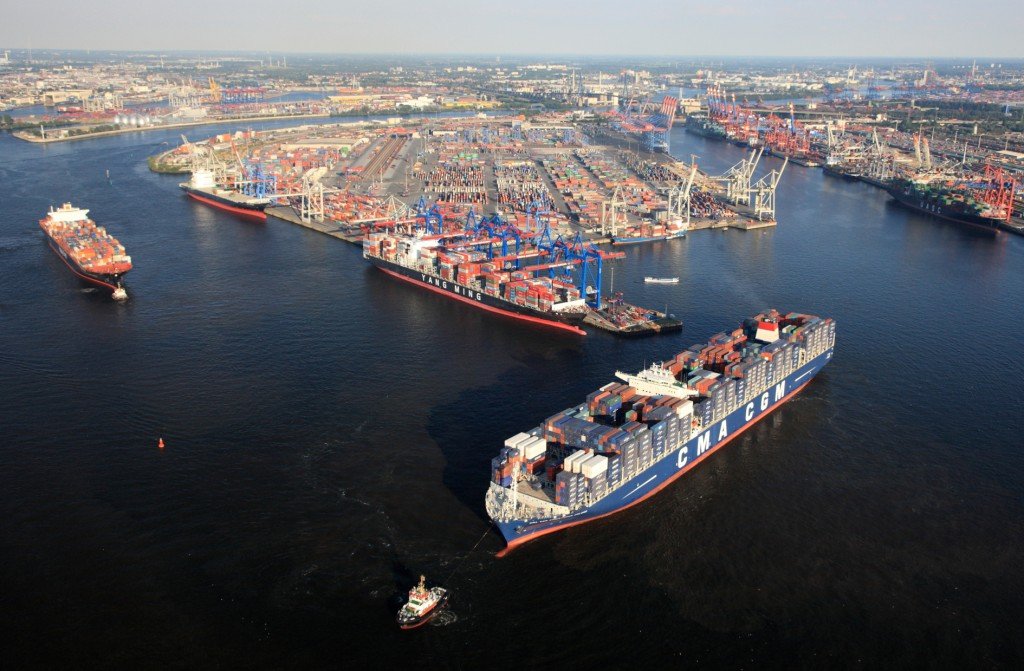 Our tour begins with Germany, and starts in a trading port. Stretching over 73.99 square kilometers lies the Port of Hamburg, Germany’s “Gateway to the World”. The port has a long history in Germany, being founded in 1189 by Frederick I, and is the third busiest port in Germany. Containers upon containers upon containers of goods pass through here every day, with one of the biggest traded commodoties here being none other than coffee.

Germans make a point to reserve time for socializing and leisure every day, a practice often lost on countries such as the United States, with most stores closing on Sunday and the long-time tradition of Kaffee und Kuchen (Coffee and Cake). As you’ll see, coffee plays an important role in Germany’s longstanding traditions and in daily life.

Germans are big consumers of coffee, and the amount of cafe’s found nestled on this country’s streets will speak to that in spades. However, drinking coffee is not so much about caffeine consumption here as it is about providing an excuse to stop and indulge in something sweet with friends – this is where Kaffee und Kuchen comes into play. This rich German tradition simply entails sitting down with friends in the afternoon amidst the busy-ness of the day and sharing some coffee and cake between you, be it at a cafe or at home.

When it comes to kuchen in Germany, the only problem you’ll have is choosing between any number of delicious cakes. Germans know how to do the sweet stuff, and do it perfectly and decadently. You’ll have no problem locating a delicious Schwarzwälderkirschtorte (Black Forest Cake), or Sacher Torte (rich, very chocolatey cake), among an endless number of others at a cafe, wherever you happen to be in Germany. 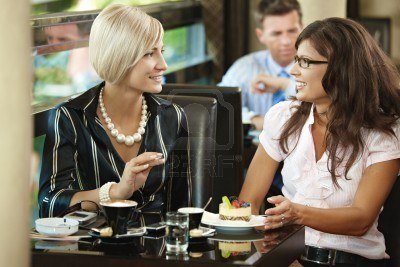 Taking this trip back in time a bit and looking at Germany’s history with coffee, it’s definitely a colorful one. Coffee drinking was first introduced into Deutschland around 1670, and resulted in its first coffee house opening in Hamburg in 1679, The English Coffee House. Other cities soon followed suit and opened coffee houses in Leipsic, Nuremburg, Stutthart, Berlin, and Augsburg, with those cities in the North procuring their coffee supply from English merchants and those in the South from Italian merchants. German suburbs also started seeing coffee tents popping up, eager to serve the hot black kaffee. 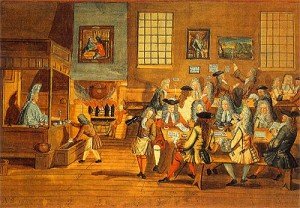 Coffee was expensive, and Frederick the Great wasn’t amused with how much money was being payed to foreign coffee merchants, so he decided to make coffee “a drink of quality”, basically meaning only the wealthy were privy to its delights. German courts began roasting and brewing their own coffee, and many a fine porcelain cup and saucer was devised to be used. When the poorer citizens began voicing upset about not being able to afford this luxury, they were told that they shouldn’t drink coffee anyway (especially women) as it caused sterility. Bach protested this ludicrousness with his composition Coffee Cantata. In an attempt to defend his stand on coffee, Frederick the Great released a statement stating the following:

“It is disgusting to notice the increase in the quantity of coffee  used by my subjects, and the amount of money that goes out of the country in  consequence. Everybody is using coffee. If possible, this must be prevented. My  people must drink beer. His Majesty was brought up on beer, and so were his  ancestors, and his officers. Many battles have been fought and won by soldiers  nourished on beer; and the King does not believe that coffee-drinking soldiers  can be depended upon to endure hardship or to beat his enemies in case of the  occurrence of another war.”

For a while, beer regained its place as king, with Frederick banning coffee roasting anywhere but in royal roasteries and rejecting coffee roasting license applications left and right. Wounded discharged soldiers were even given jobs literally sniffing out illegal coffee roasteries and fining them. Fortunately the love of coffee survived and outlived its greedy opressors, taking its rightful place as a beloved drink with the people of Germany. 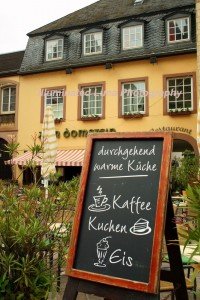 Bringing it back to the present, German coffee roasters sure know what they’re doing. If you’re looking for a bold and full flavor, look no further than brands such as Dallmayr, Jacobs, Eduscho, Niederegger, or Tchibo. Easy to find in Germany, of course, and refreshingly easy to obtain from online coffee distributors. If in the area, you may also want to stop in a Balzac’s coffee shop and give it a whirl. Balzac’s is sort of like Germany’s answer to Starbucks, but you’ll find plenty of Starbucks there as well.

Thus concludes our German coffee tour. Join us next week for our next tour. Hint: We’re heading to Asia for this one.